A Tribute To The Greatest

On Saturday September 24th, 2016 the Celtic Youth Foundation (CYF) hosted the National Collegiate Boxing Champion Army West Point in A Tribute to the Greatest, a live boxing event featuring the West Point team battling a team of All Star Chicagoland area boxers. The event was held at the National American Italian Sports Hall of Fame.

This was a premier event that paid tribute to the Greatest Boxer of all time, Muhammad Ali. On hand to welcome the boxers were many members of the local media, elected officials, educational officials and boxing legend Thomas "The Hit Man" Hearns.

Illinois Secretary of State Jesse White rang the bell to start the opening bout and the crowd was then treated to 7 action packed matches.

Every bout was competitive and hard fought. The West Point Boxing team ended up taking 5 of the 7 matches against the All Chicago team but it was sportsmanship and respect that won out for the evening. The camaraderie shown by both teams had the event organizers already talking about a possible rematch at West Point early next year.

"We were so proud to have the world's premier military-educational institute bring the National Champion West Point Boxing team to the South Side of Chicago to inspire our City's youth with their message of hope, opportunity and never quit. It ceraintly had a positive effect on us and we are very grateful for their service", said Mike Joyce of the Celtic Youth Foundation.

The Celtic Youth Foundation and Celtic Boxing Club would like to thank everybody who attended and contributed to making the evening a huge success.

Special Thanks To Our Sponsors 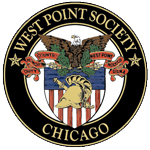 Sign up to receive information about events, class changes and more! 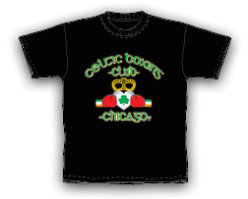